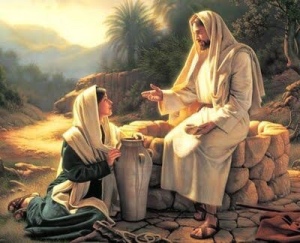 This may offend some so I apologize in advance. If your therapy is working for you by all means continue.

Ten years ago I began to question the Lord about why so many people would tell me they wanted Christian counseling who were already seeking counsel with a secular counselor and we’re not getting better.

God used the woman at the well to show me the counseling method he wanted me to use. He spoke to me about the woman at the well. He said, “In secular counsel you delve in a person’s childhood. Bringing up all the hurt does more harm then good. When I saw the woman at the well I didn’t do an intake. I didn’t tell her she was a relationship addict due to her childhood. Even if true it didn’t matter because she was in desperate need of something to satisfy the hole in her soul that was being filled with anything to make the loneliness go away for a time. No. I told her exactly what I discerned. I told her she had been with 5 men and wasn’t married to the man she was currently living with. I told her what was wrong and then I told her what she really needed was to drink from everlasting water.” Jesus continued, “I cut to the chase, told her what she needed and she got it. She then went and told people, “Come and meet a man who told me everything I ever did!” I want you to discern the problem through prayer, tell the person what the problem is and then what to do about it.”

So that’s what I do. Granted I could make more money by dragging things out and making clients dependent upon me. As a matter of fact very few people pay me at all. Jesus wants us healed and whole so that we can help others.

Dwelling on events from our past is depressing and at the end of the day we have to accept the past, because it cannot change, and come to peace with it. Blaming our parents, even if they deserve it, is a way of putting our pain on someone else that was probably messed up by their parents too.

Accept,forgive, move on in peace.

Do all Christian Counselor counsel the same? No. I used the model Christ gave me and I have had so many people set free that are now living depression free. Not because of who I am but because of who HE is.

The past cannot be changed but the future can be whatever we want it to be.

Please use this email address to contact me or for PayPal donations Belovedhandmdn1@aol.com