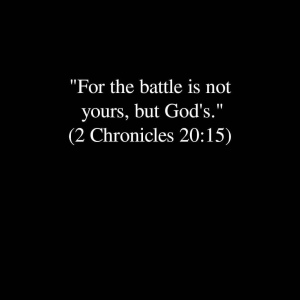 Just something going through my mind. Every now and then your heart gets broken when someone you had high hopes for, someone you know has a calling on their life, starts hanging with the wrong people and living like the devil. You wonder what happened? Did you miss God? Was this person never saved to begin with?

No, just the opposite. The devil was so afraid of the anointing on that person’s life that he brought in the big guns to take the person down. He studied the believer, listened to their prayers, knew their weaknesses and used those things to tempt them and bring them down.

But don’t worry! God’s word tells us he has tattooed their name on the palm of his hand. They belong to Him. God knows it and so does the devil. They don’t lose their anointing. God will let them fall and fall hard until the only thing they can do is look up and ask God to restore them!

He will too, because they belong to him. He has a father’s heart! So don’t be downcast family and friends. They won’t be playing in the pigs trough forever!